I was so incredibly proud of our Year 2 Choir who took part in the Waterside Christmas Carol Concert hosted at Applemore College. We were one of eleven schools who took part and the children were amazing. They, behaved so well, sang beautifully and kept on smiling even though, as some of them said, it was quite scary!

Congratulations Choir you were fantastic ambassadors for our school.

Thank you from Mrs Rhodes 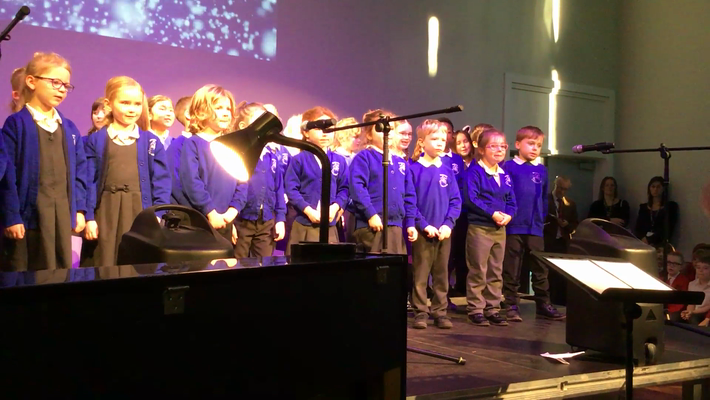 The Great Fire of London Comes to School!

term. Last week we made houses out of cardboard and paper to look like those that would have been in London in 1666. This week Mr. Rule and Miss. Thomas laid them all out on the school field to look like a street. They were very close together. Then Mr. Rule set light to one of the houses and we watched as the fire spread along them all. It was very exciting. Some children tried to put the fire out by pretending they had buckets of water that were passed along the line... it didn't work. Then Miss Thomas waved a large board to make some wind, that made the fire worse. Finally one house was knocked over to make a gap in the line. Only then were the rest of the houses saved.

Talk to your child about their amazing experience and see how much they can teach you about the Great Fire of London.

Click on the book below for some home learning tips!